We’re finally retiring one of our oldest products, the TCB-1A coupler. Introduced by our founder John Cheney in 1984, the TCB-1A changed live radio broadcasting, and some remain in the field. We still support and repair some of these 35 year-old couplers, and they’re going strong.

The History Of The TCB-1A

Up until the 1980s, it was highly forbidden to attach any telephone device that wasn’t delivered by the phone company itself. After the breakup of AT&T, phone companies reluctantly allowed some devices to be attached, but with huge restrictions. Devices needed (and still need) to be tested to a long certification document, known as “Part 68” by the FCC and the electronics industry. 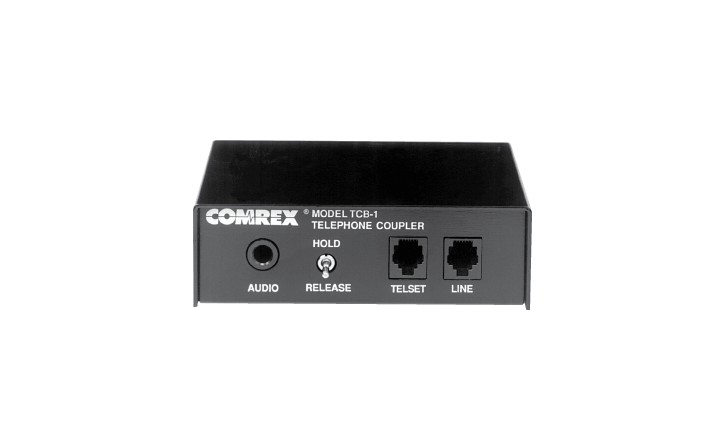 John Cheney was the designer of Comrex products at the time, and he had avoided navigating the Part 68 gauntlet by using audio couplers built by other parties. His TCB-1A coupler finally achieved registration in 1984. The FCC and the phone company were very concerned with audio levels, since the analog telephone pairs had a tendency to bleed into each other if the levels were too hot. So he specified that his couplers were to be used for “live” programming only. In his words, the audio levels would be controlled automatically, because the station operator could simply yell at the engineer to “Turn it down!” if it got too hot. This explanation was accepted by the powers that be and the device got its registration number.

Shortly after the TCB-1A was introduced, the TCB-2A auto-answer telephone coupler was developed to automatically answer calls for listen lines and IFBs. And although analog phone lines are quickly disappearing, the TCB-1A coupler can still be found in studios everywhere.

The Future Of The Phone Coupler

It is not uncommon, even today, to see a rack full of TCB-2A auto answer telephone couplers in use in radio and televisions stations around the world. But monthly analog phone line charges can range from $70 to $100 USD a month, and keeping a rack full of couplers is extremely expensive. It became apparent to us that a station with 15 or 30 TCB-2As connected to POTS lines would be spending an exorbitant amount of money every year.

The idea of a VoIP auto coupler grew out of the need to help broadcasters save money, and to improve the audio quality of IFB and listen line connections. Comrex introduced EarShot IFB in 2017 as a much more affordable solution for stations that need to use multiple couplers. EarShot IFB can accommodate up to 30 simultaneous callers that can choose between four discrete audio inputs. Users can also use the free FieldTap app to connect to EarShot IFB and receive HD Voice quality audio.

Just like John Cheney’s analog couplers revolutionized IFBs in the 80s, our new VoIP auto coupler is revolutionizing them today. You can learn more here.