We started our podcast “Great Night” in January of 2009. We’ve gone through several names, and along the way we’ve had several Billboard-charted comedy albums and have developed a large and loyal subscriber base. Currently, we’re doing a live variety show every Tuesday night, with a video component that we stream over Twitch and publish on YouTube. 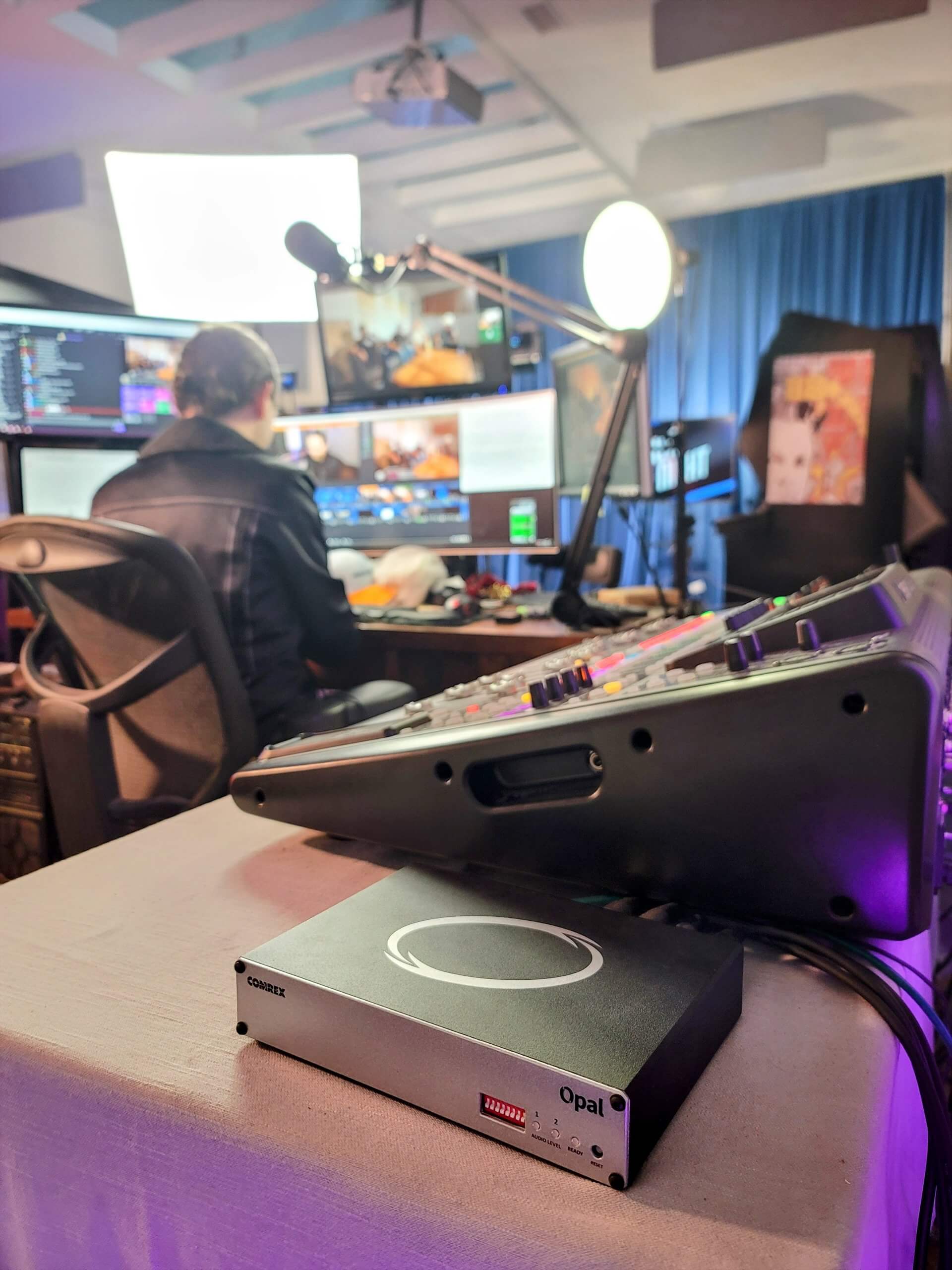 For 11-and-a-half of those 12 years, we lived in different states. For much of that time, we were doing the thing that has essentially become the default podcast comedy technique during the pandemic: We were using Skype and recording our audio locally, then editing it together in post-production.

But the delays and hiccups caused by Skype were intrusive, and we wanted to find a full-duplex solution. We learned about the Comrex Opal from a friend of ours who works at The Blaze.

We had some challenges configuring our IP networks, but once it was set up, it was easy for everyone to jump onboard and learn how to use it.

We would use video from Skype and connect our audio through the Opal, and there was an immediate difference in our audio quality. Even when Skype was failing, the Opal audio would continue to be precise with low delay, and it felt as though we were in the room with each other.

Skype has been the standard for podcasting forever, but not because anyone likes it. If you get a group of podcasters together in a room, eventually they’re all going to complain about Skype. People use it because it works well enough and most of us know how to fix it when it’s broken.

But every conversation, every interview, every interaction has an ebb and flow that happens in the milliseconds between moments. Just as it’s not possible to have an in-depth conversation over walkie-talkies, it’s equally impossible to preserve that nuance over Zoom and Skype.

You need full-duplex real-time audio if you want to create real magic in audio. Only Opal has brought us that experience.

When we shifted to Opal, our audience noticed. We got a lot of feedback from our listeners about the change — they couldn’t identify exactly what was different, but it felt electric. Suddenly we were both able to talk at the same time without any delay.

We have this weird fixation on Billy Joel, and we’ve been making Billy Joel jokes and singing parodies of Billy Joel songs for a while now. Suddenly, once we got Opal, we could harmonize. We could overlap our jokes and pick up on what each other were saying without having to deal with Skype ducking our audio. We were finally able to do our material in the best way possible.

A lot of podcasters think audio quality issues can be solved by local recording, and certainly that can be edited together even though it adds another layer to post-production. But they really don’t realize what an audio delay does to active conversations.

In a medium that is all about where a conversation goes, whether it’s comedy or a panel discussion, high-quality and low-delay audio is irreplaceable. Opal is the solution that every podcaster doesn’t realize they need.

Want to try Opal out? Request a demo.

This story was originally published in Radio World. You can view the article on their site here.