One major case usage of Comrex products is within the sports world. And not just professional. College sports have massive viewership and listenership, as avid fans cheer on their alma maters in a lifelong affair.

Within the context of a college or university itself, sports are a major source of socialization for students across campus. For athletes themselves, it’s the opportunity to compete at the next level and potentially secure a career in the sport.

We want to celebrate some Comrex customers who have made college sports coverage the best it can be. 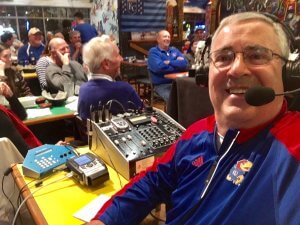 After years working with the New England Patriots, Kevin Collins set out on his own as an independent engineer and announcer. He began working closely with Boston College, and now oversees their football, basketball, and hockey programming.

As part of the Learfield IMG Network, Boston College uses ACCESS codecs to broadcast. “When I was introduced to ACCESS, I was really intimidated,” said Kevin. “I was originally taught to use ISDN, and I didn’t want to let go. But after getting some pretty simple instructions, I discovered that IP codecs are even easier to use than ISDN.”

Learfield IMG’s system of 100 ACCESS codecs might seem complicated, but because presets are already in place, getting online is simple. “When it’s time to connect, I get in touch with my guy on the other end, and find out which studio he’s working from,” said Kevin. “I select his ACCESS unit from a dropdown menu and hit connect. It’s that simple.”

“Not to mention, IP codecs are much more convenient to travel with. IP connections don’t take up a ton of bandwidth, so as long as you’re not sharing your connection with anything, you’re all set.”

ACCESS is the flagship family of IP audio codecs from Comrex with ACCESS NX being the latest field unit designed for easy remote broadcasting. Portable and lightweight with an intuitive user interface, ACCESS NX gets you on the air from anywhere.

As the chief engineer of the Learfield IMG College broadcast operations division, Randy Williams is responsible for making broadcasts happen. From facilities to equipment to connections to uplinks – Randy and his team ensure that everything is online for all the college sports networks they work with.

In the last several years, some networks have expanded into podcasts and Facebook Live programming, which has opened up a variety of new needs. Clients like Kansas State Network, North Carolina State Wolfpack Network, and Wisconsin Badgers Network now run podcasts that include interviews with coaches and players.

“We primarily use Opal to acquire audio from our play-by-play host talents, who are usually connecting from a home office or from the broadcast studio at their university,” said Randy. “We also often use Opal’s second connection to patch in either our coach, or an opposing coach that could be located states away.”

Randy and his team appreciate the high quality audio that Opal delivers. “When we think about doing an interview, whether with a governor or with talent or maybe even a sports icon, there is nothing better than using Opal to obtain a rich, full fidelity-high-quality audio feed,” said Randy.

Opal is an IP audio gateway that makes guest interviews simple. Perfect for radio as well as podcasting, Opal allows you to upgrade the audio quality of your expert guests while all they have to do is click a link. 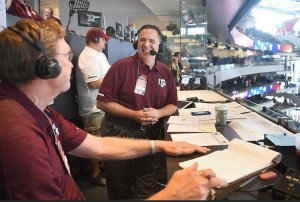 Ben Blevins, technical director for Learfield IMG College, works across a wide range of formats. “Delivering audio to large and diverse audiences is what we do, and we do it across several different media formats,” said Ben. “While terrestrial radio is our primary platform, streaming has increasingly factored into how we deliver our product.”

“BRIC-Link II has a well-deserved place in our equipment racks,” said Ben. “While point-to-point audio transmission may be its most common use, BRIC-Link II was able to expand our offerings to our customers through its less-appreciated streaming capabilities.”

WSU-TV is Wichita State University’s full-service video production team. Jeffrey Franck, a broadcast technician for WSU-TV, and his team cover events for on-campus organizations of all kinds. When they were asked to cover the Herm Wilson Invitational, a track meet for high school and college teams across Kansas, Jeffrey immediately considered LiveShot for live video.

The event was a success. “Each LiveShot streamed for the entire day, with no hiccups. I was concerned that we would have video sync issues, but all four devices were consistent and worked very well together when switching between sources,” said Jeffrey. “On average, each LiveShot operated with about 200ms delay from encoder to decoder, with about a half-second delay on the return feed. The output video from the switcher was high quality and beautiful.”

“The live stream attracted plenty of interest,” said Jeffrey. “By the end of Saturday, we had over 1,900 views of our broadcast on LiveStream. As of the following Monday, we had more than 2,400 views of Saturday’s broadcast and nearly 4,000 views of each broadcast combined. Our client was happy, and we were impressed.”

LiveShot is an IP video codec designed for live video coverage, both in the field and in the studio. It is ideal for streaming low-latency broadcast quality audio and video from anywhere internet is available.

When it comes to sports coverage, there’s no room for error. Sports fans follow play-by-play coverage eagerly, sitting on the edge of their seats to hear what’s next. That’s why sports broadcasters need the most reliable equipment in the game.

For next level broadcasting, add Comrex to your team.

Want to try out gear? Request a demo.