Since the COVID-19 outbreak began, churches have been unable to congregate in person to worship. It’s fallen to broadcasters to keep their audiences connected to their religious communities, and deliver coverage to provide comfort and opportunities to worship during a difficult time.

Some broadcasters have been using our equipment for this purpose, both during the pandemic and before. Here are some examples of how religious broadcasters have helped their audience worship by using Comrex gear. 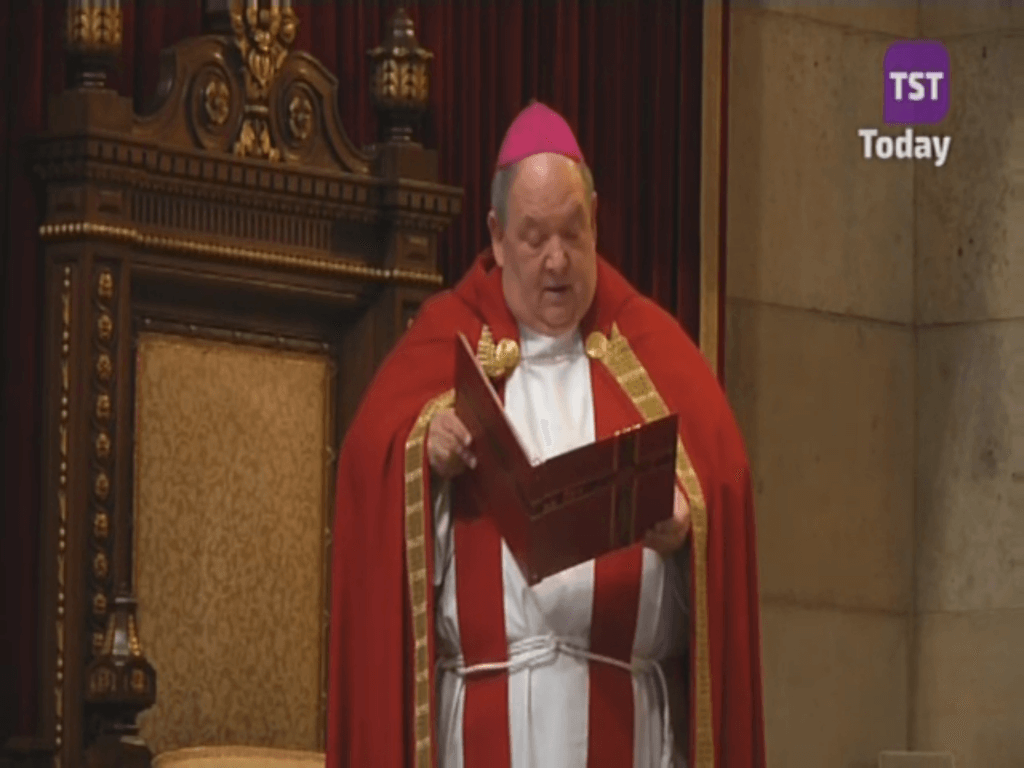 Town Square Television is a non-profit community cable television station serving the seven cities of North Dakota County in Minnesota. They have been using LiveShot for years to bring quality live community programming to their viewers.

Because of closures due to COVID-19, the Cathedral of Saint Paul (located in St. Paul, Minnesota) was unable to hold normal Holy Week services in church. So Town Square Television found a way to get services on the air for St. Paul Cathedral’s congregation.

“Yes, services are live streamed, but many who want to attend aren’t tech savvy and don’t know how to access them on the computer,” said Conlon. “But they can work a TV remote, and so it’s important for us to have the services live on local cable.”

LiveShot is a video solution by Comrex that provides live two-way video and audio over IP networks with as little as 200 ms for delay.

ACN Uses ACCESS for the Field, and BRIC-Link for an STL

ACN (American Christian Network) is a faith-based radio network consisting of 7 stations, originating in Spokane, WA. They produce and host their programming locally in Spokane, and according to FCC estimates, they reach an audience of roughly 2.5 million people.

ACN has historically turned to ISDN. “At one time, we had ISDN lines installed in all major hotels and event venues in Spokane,” said Tom Read, CEO of ACN. “But as phone companies have stopped maintaining infrastructure, ISDN is no longer an option for us.” 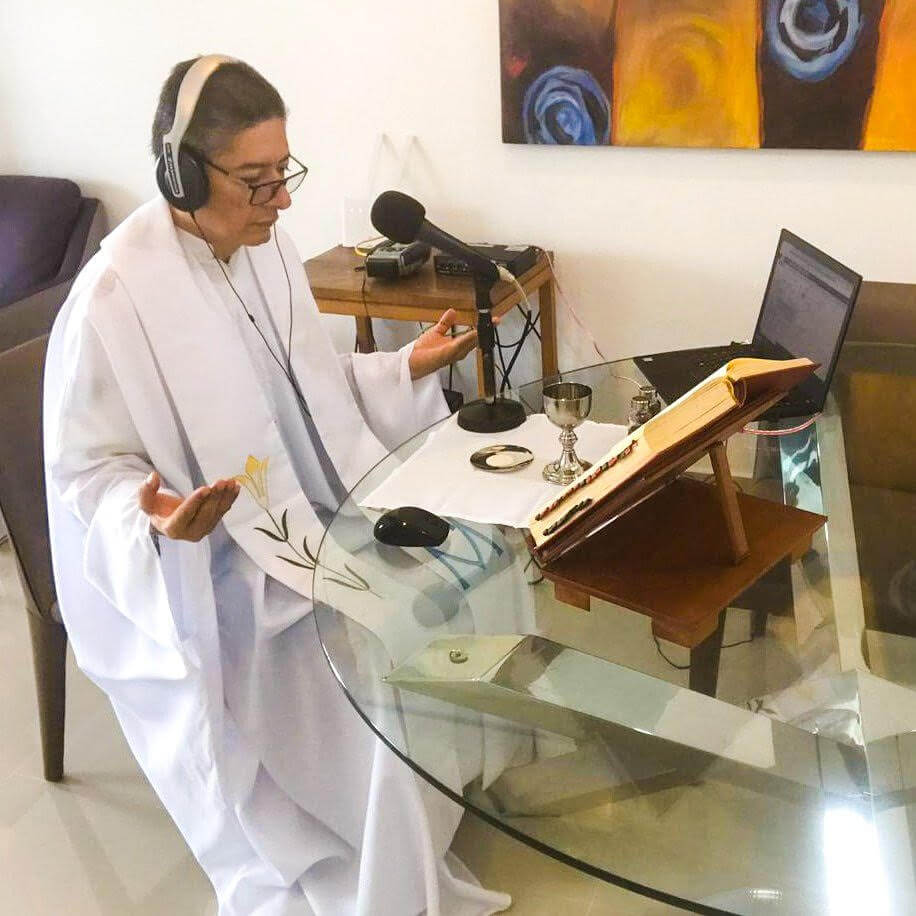 ACN decided to purchase a Comrex ACCESS as a replacement for ISDN. “We’ve found it’s incredibly versatile,” said Read. “It makes it possible for us to broadcast from anywhere, as long as we have a strong internet connection.” While they prefer to use wired internet, they’ve found success with wireless networks as well. “We use a Verizon 4G LTE modem, and it works amazingly well,” said Read.

Several years ago, ACN also needed an STL solution to deliver separate programs to all 7 of their affiliate stations. After researching, they decided to turn to BRIC-Link II upon recommendations.

“It’s been marvelous. The fidelity is amazing,” said Read. “Like the ACCESS, as long as you have a good internet connection, the audio is flawless. It just works for us.”

ACCESS is the flagship family of IP audio codecs by Comrex. ACCESS NX is the newest portable IP audio codec designed with the user in mind. Equipped with two mic/line inputs, ACCESS NX can you get on the air using a variety of IP networks (Ethernet, Wi-Fi, 4G, etc).

BRIC-Link II is the entry level IP audio codec by Comrex. It provides live two-way audio over a wired internet connection. It’s reliable, simple to set up, and cost-effective.

While they need an STL, the internet connection in their area is unreliable. “We have our STL connected to a 10 Mbps fiber connection, and it will drop out fairly frequently – sometimes once or twice a day, occasionally even once or twice an hour,” said Burns. “Most people, other than radio stations who need a constant stream, wouldn’t notice. But we definitely do.”

In their search for a solution, Christian Family Radio tried BRIC-Link II. “Since installing the BRIC-Link II, we haven’t experienced any of the audio loss that plagued us before,” said Burns. “I can see the connection falter when I’m monitoring the media statistics, so I know the internet is no more reliable than it was before.”

“However, when the connection stutters, the audio does not drop out. In testing, the unit has been able to handle network dropouts as long as three or four seconds, which our previous solution couldn’t do.”

BRIC-Link II is typically used for point-to-point audio transmission; however, it is also capable of acting as a streaming server. You can learn more about that feature by reading the manual. 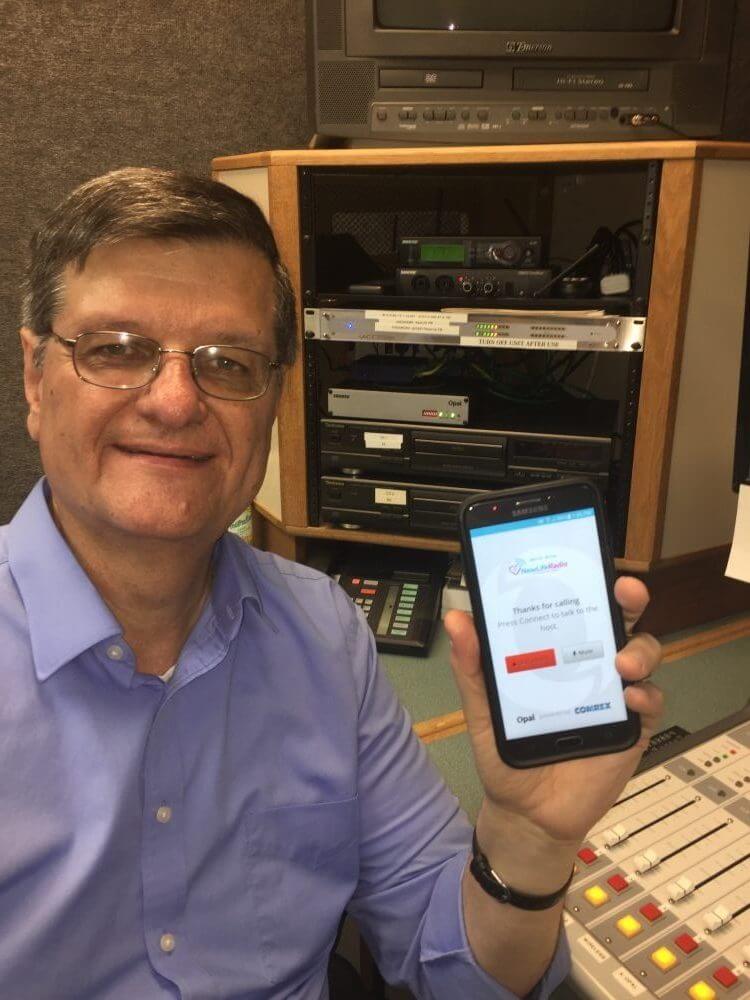 Jim Stewart, Operations Director, with Opal in hand. ACCESS and Opal rackmounts can be seen in the rack behind Jim.

New Life Radio is a non-profit Christian format station that plays a mixture of music and syndicated programming from different parts of the United States. Additionally, they help build radio stations in other countries, and have built nine stations in Papua New Guinea, along with a station on the island of Bonaire with Trans World Radio that covers a lot of South and Central America.

Because much of their work is international, New Life Radio was looking for a solution for overseas call-ins. “We were very interested in Opal,” said Joe Emert, president of Life Radio Industries. “We tested it locally with Comrex’s demo program, and it performed well enough that we decided to buy our own.”

“We installed it right before I went on a trip to Israel, and I tried it from the iPhone on a boat on the sea of Galilee,” said Emert. “The network we had access to on the water was patchy, but we still managed to get some good quality audio. Then, from the hotel room near Tiberius, using the hotel’s wireless, the connection and audio was spot-on! Studio quality, with no perceptible delay whatsoever!”

Opal is an IP audio gateway that enables guests to connect to the studio by simply clicking a link. It provides HD quality audio from consumer-grade equipment, like a cellphone or a computer with a microphone, and is capable of handling two connections at once.

We’re proud to help so many broadcasters stay safe by working from home. We’ve got a variety of solutions that can help you do the same. You can check out all our WFH solutions HERE!

Not sure which product is right for you? Send us an email at sales@comrex.com! 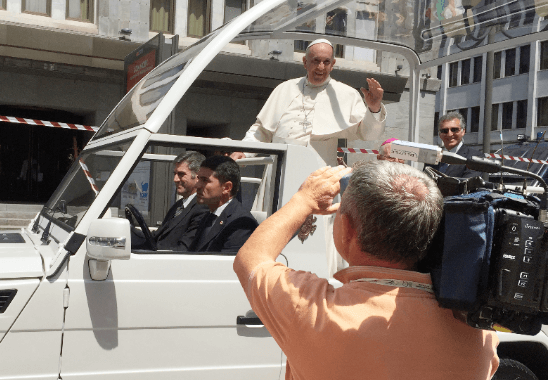