Since March, broadcasters have had to adjust to the challenge of working from home. But despite difficulties, engineers have been shining with ingenious solutions to keep everybody on the air.

We sat down with Tom Barclay, Radio Operations Manager for Georgia Public Broadcasting (GPB), to discuss how he’s been using Comrex to tackle the obstacles of COVID-19.

Tell me a little about your day-to-day. What are your regular responsibilities?

As Radio Operations Manager for GPB, I’m responsible for producing logs for our two program feeds and converting them into automation playlists which control all on-air programming. I also work with our Underwriting Sales Team, approving all copy that runs for underwriters. I manage one assistant and one board operator who both work with our local productions, running boards, editing audio and producing podcasts. Twice a year, I’m heavily involved in our on-air fundraising, producing our morning broadcasts and pitching on air. In addition, I’m responsible for SoundExchange reporting and Quarterly Issues/Programs lists. And I serve as primary liaison between I.T. And Engineering and our on-air hosts, producers and news reporters. 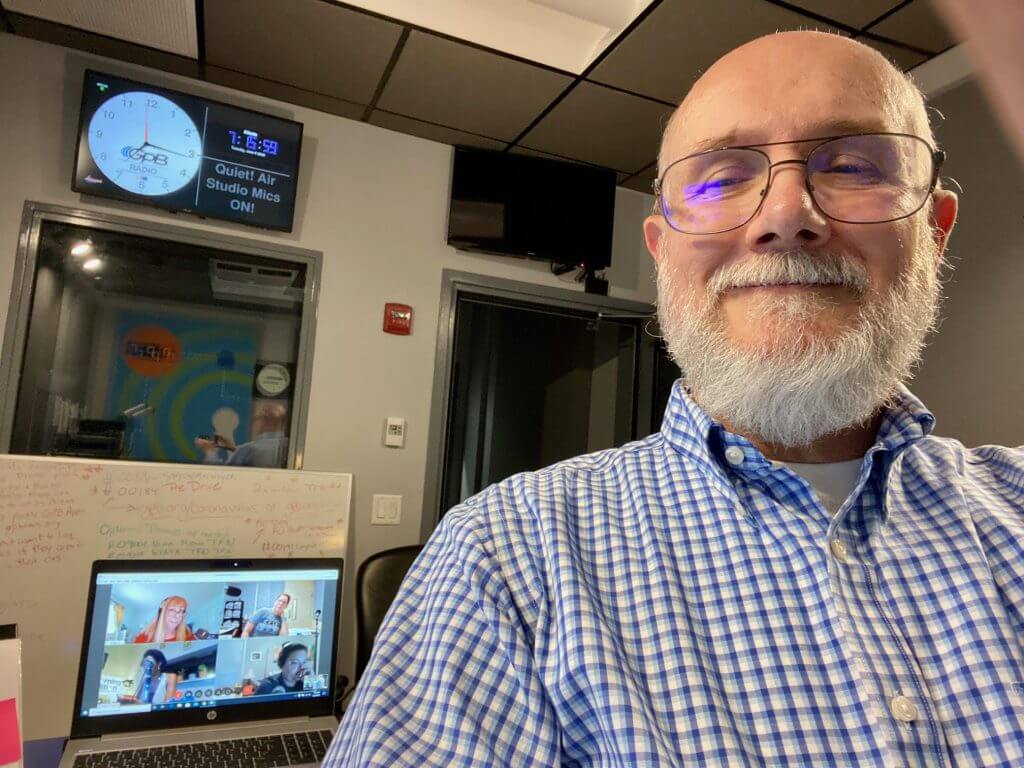 Tom Barclay, running the board for GPB’s Spring Fund Drive in June

How were you using Comrex at Georgia Public Broadcasting on a regular basis pre-COVID?

We used Comrex as our primary connection between our Atlanta headquarters and our remote studios in Athens, Macon and Savannah. We also had two portable ACCESS units we used for remote productions and political coverage. Back when we were renting studios for remote interviews, we had transitioned to making connections with Comrex more often than with ISDN (which was less reliable).

In the months that COVID-19 shutdowns have been in place, what has your “new normal” looked like?

Since March, I have worked almost entirely from home. I have a small remote studio and full remote access to all of my work computer tools, including access to Marketron traffic and ENCO automation. I’m able to do almost all of my regular duties remotely.

When stay-at-home orders were put into place, what were the biggest challenges you had to immediately confront?

GPB took early action to protect employees from COVID-19, closing our TV and radio studio complex to only essential personnel. For the most part, only a small handful of producers, engineers and board operators worked from our studios.

We do a daily political show that airs twice each weekday. From the beginning, we set up the host with a Comrex ACCESS unit, and our other ACCESS was assigned to our most frequent guest so he could broadcast from his home as well. The host and all guests were using Cisco WebEx to communicate visually.

Initially, most guests called in to the show using their telephones. Shortly thereafter, we acquired some new Comrex units so that our primary Morning Edition and All Things Considered hosts could do their shows from home. We also acquired Wheatstone’s Glass-E software which allowed the hosts to “run their board” remotely if needed. Usually, though, their producer ran the board for them.

With our Spring fundraising campaign delayed because of Coronavirus news coverage, we took the opportunity to acquire 3 Comrex Opal units to provide audio channels for our 3-person pledge team to fundraise on the air from their homes. Again, we used Cisco WebEx to communicate with each other visually. 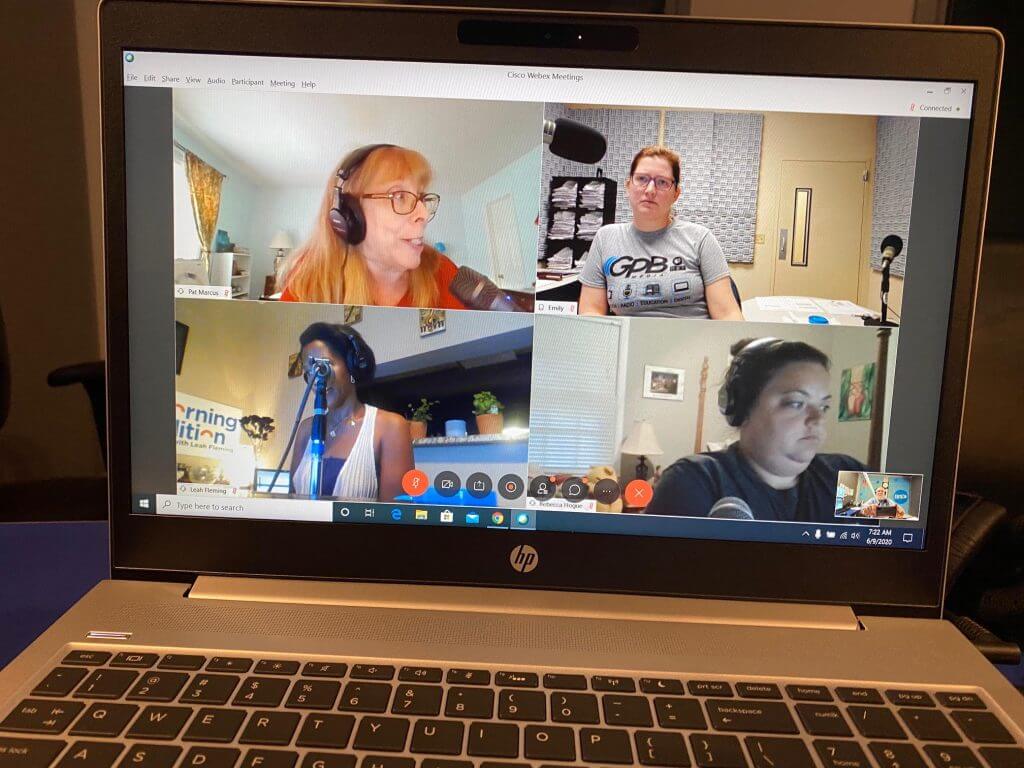 How has having your Comrex gear changed your daily experience?

While we had to make a lot of changes in a short amount of time to ensure our hosts were protected and could broadcast from home, Comrex devices produced excellent-quality audio. The daily connections were not intimidating to the non-technical folks who had to use the equipment. The only issue we had involved the internet connection to our political show host.  There was some noticeable delay in his return audio which made interactions with live guests a bit tricky. The video connection helped with that.

Producing our Morning Show during pledge with 3 remote personnel was more reliable than I expected. The only issues occurred when a pledge producer and host, both remote, both lost power at their homes during a thunderstorm. We had other folks able to jump in quickly to cover for them. One pledge producer also had a smoke alarm go off during one of his breaks! But it all worked out.

Has there been a specific time when you were particularly happy to have Comrex gear available to use?

The first time we tried a live remote from a music festival in Savannah, we were able to do a multi-guest talk show from a venue, while a producer using a portable ACCESS unit was able to roam the grounds of the festival with a separate connection to our Atlanta studios. It worked amazingly well and sounded great!

What would you tell someone in your position who was considering buying a Comrex?

Comrex has made my job much easier, particularly in this new pandemic environment. We have numerous hosts and guests broadcasting studio-quality audio from their homes and other locations and the average listener wouldn’t know they weren’t in our studio!

Click here to learn more about our IP audio codecs.