Comrex LiveShot enables our host to work from across the country

KWVE(FM)/K-Wave in San Clemente, Calif., is a religious talk and teachings station. We produce original programming, and also feature syndicated talk shows about biblical teachings for our audience in Southern California. We also stream our programming online on our website as well as on our app. 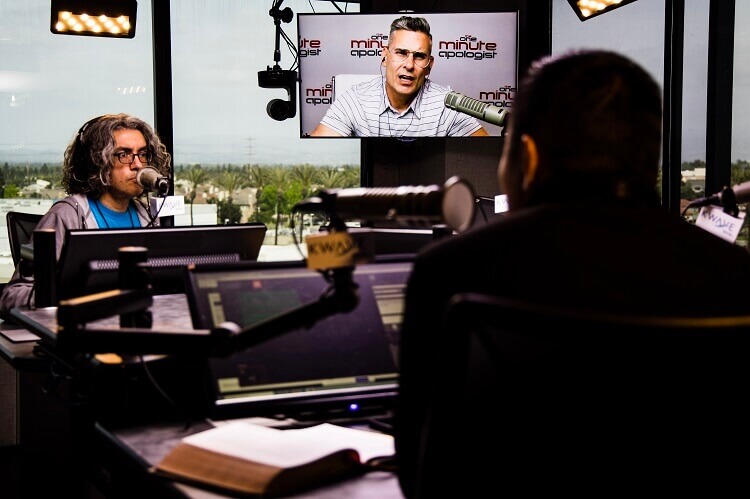 As chief engineer, I manage all the technical elements for our studio, plus anything else that might come up.

“Pastor’s Perspective” is a live call-in show that we produce every weekday in the afternoon and syndicate to other stations. For the last 10 years, we’ve also been streaming live video of the show on YouTube.

Having a visual element has given us another outlet for the program to reach an audience that isn’t necessarily listening to the radio.

We’ve found that a large portion of our audience is enthusiastic about viewing our programming on YouTube. There’s a dedicated group of people who will consistently converse with members of our team in the live chat, which gives the show a semi-interactive element we wouldn’t have otherwise.

Video has helped us find a different audience that isn’t in our local coverage area. People who used to live here and moved away, as well as nonlocal people who heard about it from a friend can enjoy the program from afar.

One of our hosts recently moved from California to North Carolina. We wanted to keep him on the show and maintain the video aspect, even though he now lives across the country.

We purchased a Comrex LiveShot system, set up the rackmount unit in our studio and sent him the portable unit, and he’s been using it to connect with us nearly every day for the last several months.

We chose LiveShot because we’ve been using Comrex for years on the audio end of things. Our Comrex Access codecs have been solid compared to other solutions we’ve tried, and the company has a great reputation in the industry.

We had demoed LiveShot a while ago for a different project and felt like it was a solid product, so we thought it would be the right solution for us.

Installing LiveShot was more complicated than the installations of Comrex audio-only products I’ve done, but the Comrex tech support team was helpful in assisting me with the entire configuration process. The support team was willing to collaborate with me directly and log into our box on both ends. They helped me adjust the settings so that we could get the lowest delay with the highest video quality.

Our host is using LiveShot over regular home internet. He initially tried to use a Wi-Fi extender to a cable; we found that caused delay (and frustration) to build up. But since he ran a cable straight between his LiveShot unit and his router, the connection has been solid. The feed is great — it looks as good as it would if he were here in the studio.

I would recommend LiveShot. Occasionally, we’ve had to fall back to Skype or Zoom, and both the audio and video quality were significantly worse. With LiveShot and the same exact camera, same lighting, and same set design, no one would know that our host wasn’t in the studio. The quality is amazing, and we’re pretty happy with it.

The author is chief engineer of KWVE(FM).