Why are telephone calls the preferred method for handling remote guests on radio shows?

It almost feels like a silly question, right? The answer is obvious. Pretty much everyone can get access to a phone, no matter where they are. Quick, look around you – could you call somebody right now, if you needed to? Chances are, you could. 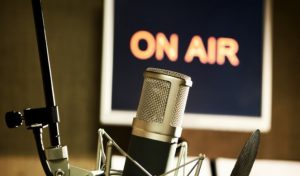 More importantly, it’s easy. Most adults have known how to make telephone calls since they were children. We’ve all been taught how to dial a string of numbers and talk into a receiver. The average person doesn’t need to hire an engineer to help them work a cell phone – they can just do it.

And so, to coordinate an interview with a remote guest, a phone call is clearly the best option. The guest can reliably be assumed to both be able to access a phone, and to know how to work it. End of discussion.

The problem with phone calls on the radio

Well, let’s be more accurate. They sound the same as they always have.  That’s fine, except everything else has been steadily improving. Encoding algorithms are better, audio infrastructure is better, transmitters and receivers are better – telephone quality audio sounds a lot worse than it used to by comparison.

Additionally, terrestrial radio isn’t the only fish in the pond when it comes to audio media anymore. While podcasts have been around for years, they’re now easier to access than ever – in places where terrestrial radio used to dominate, like cars, listeners can now easily choose their favorite podcasts instead. Most podcasts are recorded in studios, and played from personal devices, so the audio sounds pristine – why then tolerate bad audio from the radio?

Terrestrial radio and podcasts are two different beasts – radio has the benefit of immediacy. Radio is also linked to listeners’ local communities in ways that podcasts can’t be. Radio is a deeply important medium and listeners still care about it. But sounding bad for the sake of convenience isn’t an option anymore.

So what to do?

Is there an alternative to phone calls?

It’s way too impractical to hire an engineer to coordinate a remote every time you want a guest call-in! And interesting people who you might want as guests travel – they may not be around to come into the studio when you need them on the air!

Software based audio conferencing applications may offer improved audio quality but, depending on internet connection, can create substantial delay.  Additionally, smartphone SIP apps can be used to improve quality but require installation and setup that a guest might not want to deal with.

We’ve just introduced a new product called Opal, that’s designed for exactly this purpose. With Opal, you can generate a link, which you then send to your remote guest through email or text. Once they click it, they’re connected, and ready to go on the air. Users don’t need to worry about setting up accounts, or downloading apps. Opal works by activating an encoder hidden in certain common browsers (like Chrome and Firefox), and it’s really cool.

You can learn more about it here. Most importantly, it’s easy to use, and it sounds great.