HOLLYWOOD, Calif. — It’s “have microphone, will travel” for Marilu Henner, who’s using tech to keep her acting career in sync with a new gig — hosting a weekday radio show.

Most days she records the program in a studio for broadcast to both terrestrial stations and online listeners. But when traveling for an acting role, she brings the radio gear with her.

“I travel with a Comrex ACCESS,” she says, referring to the portable unit that connects her to the station network. “And all I need is an Ethernet connection in my hotel room. That’s now negotiated in my contract — that I have to have Ethernet.”

Add in the Yeti USB microphone from Blue Microphones ($99) and she’s good to go.

“I’ll bring the gear with me to the set, and interview everyone there, or go do it at a local stations,” Henner says. “It’s been great.”

The actress, best known for her role on the classic sitcom Taxi as cab driver Elaine Nardo, and her stint co-starring with Burt Reynolds on the Evening Shade sitcom, now discusses health and relationship issues on her Marilu Henner Show radio gig. (She even talks tech occasionally. We’ve guested on the show several times, talking the Consumer Electronics Show and the Apple Watch.) 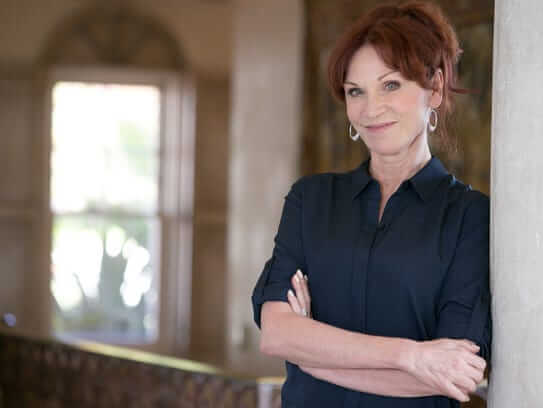 Speaking of the watch, which goes on sale April 24, she has no interest in owning one.

Not that she’s a technophobe.

Henner has had a website since 1999, where she teaches online health classes, available through a subscription.

When not acting, Henner has penned nine books (she’s on her 10th now) mostly dealing with women’s health, and was in such demand as a speaker, she got offered the radio gig.

Her favorite part of the book tours was being interviewed by radio hosts, because they had more time for the conversations, and she loves listening to podcasts by Alec Baldwin, Kathie Lee Gifford and Barbara Lazarioff.

“Radio is theater of the mind,” Henner says.

“People love to listen to people talk. There’s a different kind of magic that happens when you sit across from someone.”

This article was reposted from USA Today. To read the original piece, click here.

Going on the road? See how ACCESS can help you broadcast from anywhere.