Recently, WSU Athletics transitioned from the Missouri Valley Conference to the American Athletic Conference. But in our final season with the Missouri Conference, the ICAA was mandated to also broadcast Shocker Softball home games; so WSU-TV was tapped to produce all of the coverage and send live feeds to ESPN 3 for broadcast using an existing control room instead of our own. 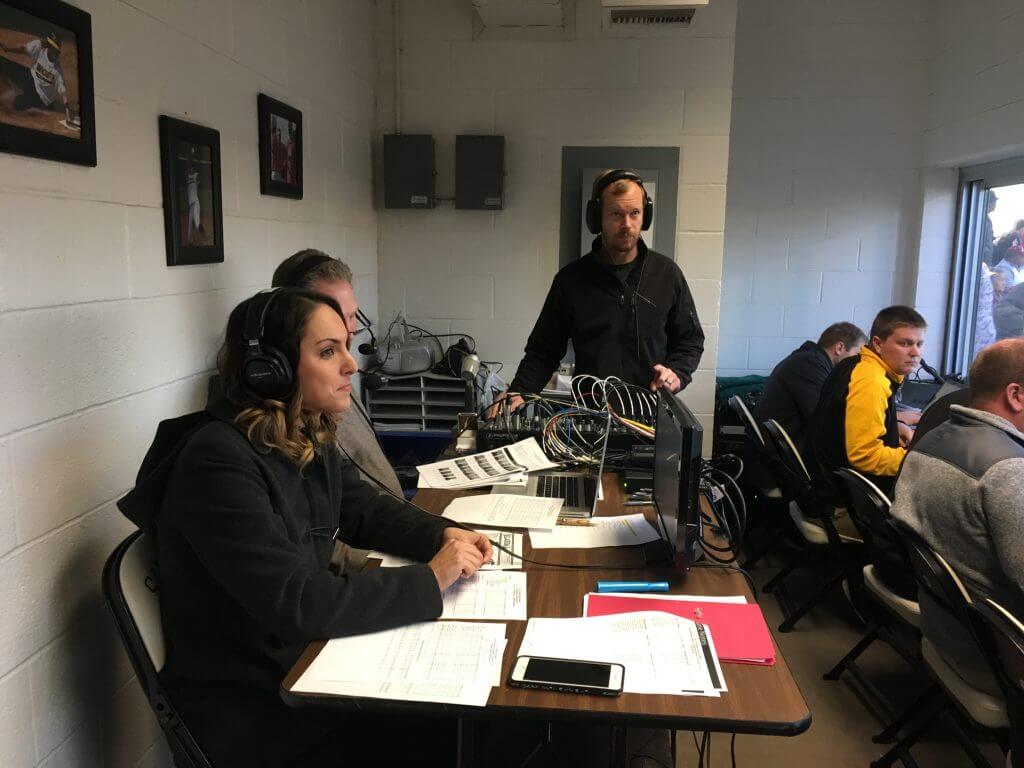 WSU-TV uses BRIC-Link to control audio in the press box at Wilkins Stadium.

For our video solution, we used four pairs of Comrex LiveShot* to deliver audio and video from four cameras to the Media Resources Center, where I did camera control before sending the signals via fiber to the Koch Arena control room. The project was a success and though it involved almost a mile of fiber, it was within budget and made everyone happy, so we stuck with it over the course of the year.

Our IFB solution was much simpler, however, because we used BRIC-Link. We had a pair of BRIC-Link II IP audio codecs—one was set up in the press box at Wilkins Stadium and the other was at the Koch Arena control room. One channel was used as a send-and-receive for the director IFB, so the director could talk into the talent’s ear while they were on the air and it wouldn’t go out over the broadcast. During breaks, all we had to do was press a button (cough/mute) and the talent could talk back to the director in real time from the press box. Comrex tech support helped us set it up to use a codec that kept delay to about 60 milliseconds—practically real time.

We used the other BRIC-Link channel as a secondary program feed from the stadium to the control room, just in case we lost camera one, which was hooked up to Comrex LiveShot, which transmitted our primary audio feed in addition to third base live video feed. That happened once—it was a windy day and our rain cover hit the DIN connector and knocked it out of the port, which caused us to lose power on the LiveShot. It was immediately noticed and since we had the secondary audio feed coming from the BRIC-Link, all we had to do was unmute it on the Koch Arena audio mixer. As a result we weren’t down for more than a couple seconds.

Getting our BRIC-Links ready for broadcast was easy. All we had to do every day was plug in our patch cord and boot up the BRIC-Links. We had them set to auto-connect, so as soon as they were turned on, they connected—it was very simple.

The BRIC-Links were reliable and efficient. I’ve used them before in radio as STLs and for remote broadcasts, and it was exciting to see them work as an IFB as well. If an application like this arises in the future, we’ll definitely use these again.

This article was originally published on TV Technology. To read the original, click here.

*Jeffrey Franck has also provided a testimonial for LiveShot. To read that piece, click here.