CLERMONT, Fla. — I own a small production company called Airwaves Audio that does live TV and radio remote production. I’ve worked for several years with ESPN on shows like “Mike & Mike” and “Rusillo & Kanell” to cover events like the Super Bowl and Major League Baseball All-Star games. I also engineer large broadcasts with multiple stations for organizations like Disney.

It’s a lot of coordination. In addition to handling the technical side, I manage the moving pieces to ensure everyone can be on the air when they need to be. 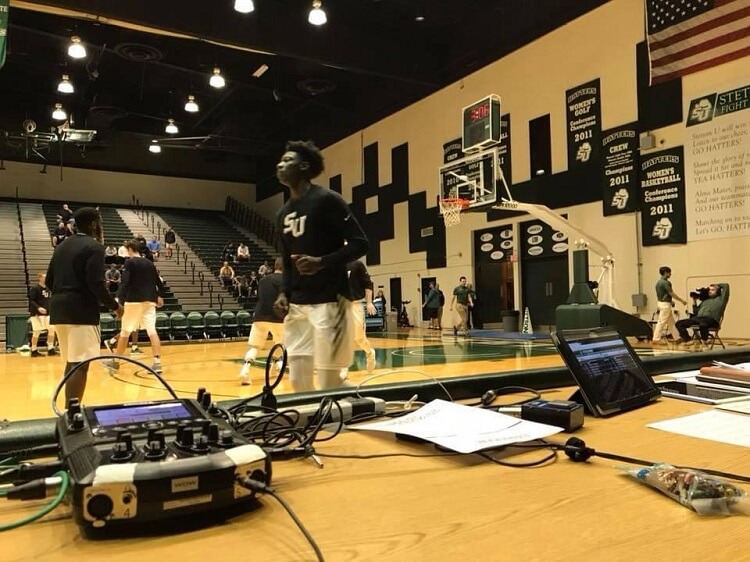 We started using Comrex equipment in the early 2000s. We tried it for the first time for a mass live broadcast from a Disney cruise ship.

We had made several attempts to connect an ISDN line to the ship, and it just wasn’t happening. So we set up 24 Comrex ACCESS codecs, and ran them simultaneously over the ship’s internet back to the studio. It really saved our bacon on that job, and we never looked back. Comrex has been our number one IP audio codec choice since then.

As an engineer, my favorite part of ACCESS NX Portable is the screen. While I sometimes have a headset and listen to every second of the broadcast, in most cases I set up the equipment, explain how to use it, and then step back. If I have to make sure everything is working during the show, it’s much easier to see the large ACCESS NX screen than the smaller interface on the original ACCESS. And the LEDs in the knobs make it easy for me to keep an eye on levels from a distance — it’s reassuring to know that no one is clipping and the audio sounds good. 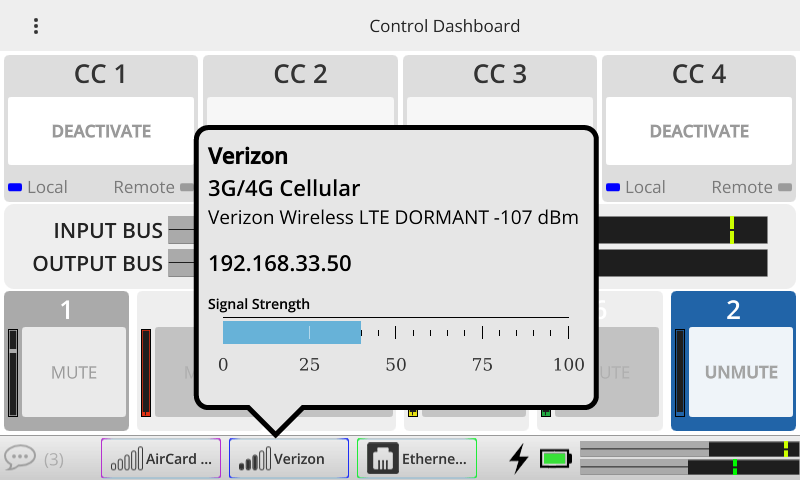 When I first took the ACCESS NX Portable out of the box, I was struck by how it was organized. It’s done the way that I would do it. The channels are clearly delineated, and are color-coded and labeled. When there’s a problem, time speeds up and you’ve got to jump in and fix it ASAP. And I can do that with this because ACCESS NX is so user-friendly.

When I’m out in the field, about 80% of the people I run into these days are using ACCESS. ISDN was once the default, but that’s now all but gone.

When I’m on a job, and I’m told that we’re going to be using a Comrex, I feel a sense of relief because I’m familiar with the software and the interface and I know what we’re getting into.

I recently did the Citrus Bowl in Orlando. My client requested a somewhat elaborate setup, so I had to get there 5–6 hours ahead of time to get it done.

As I finished and sat down, I looked through the glass wall of the booth next to mine, and saw a couple guys with an ACCESS NX. They got in the door and were set up in 10 minutes, and I was instantly jealous of how simple their day was going to be. If I had the choice, I’d always pick ACCESS NX.

This story was originally published in Radio World. You can view the article on their site here.

The author is owner of Airwaves Audio.