Background: Behind the POTS Shutdown

This August, the legal provisions that protected TDM voice services (like POTS and ISDN) will be nullified, as the three year period to transition to newer Voice-over-IP (VoIP) services comes to an end – as announced by the FCC in order 19-72A1 on August 2nd, 2019.

Now, broadcasters have 6 months left to make the switch – if they haven’t been forced to already.

While POTS is obsolete and has been replaced with IP networks in most industries, it’s still the technology of choice for some applications. For broadcasters, specifically those working in television, POTS couplers are still used for IFB delivery. 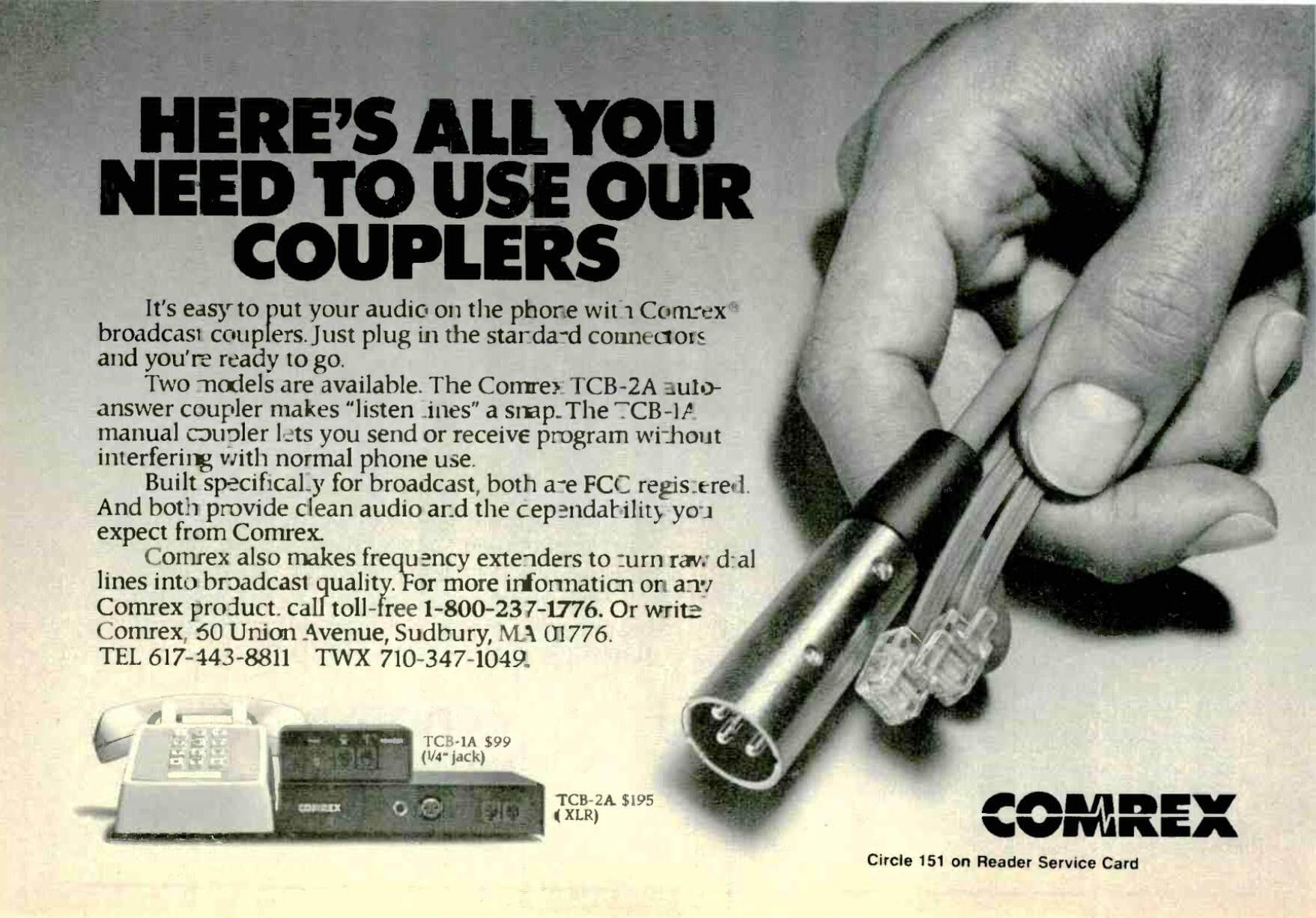 For those who may not know – IFB (which stands for “interruptible foldback”*) is a monitoring and cueing system that consists of a one-way program feed that producers (or talent, or anyone else working in production) can dial into. This feed allows producers to monitor the program and ensure that everything is working. When IFB is used for cueing, on-air talent will wear an earpiece which is playing the feed. Producers can interrupt and replace the audio with audio from their personal microphones, in order to relay special messages or instructions to the talent.

IFB is an important part of a live broadcast, and so it’s crucial to replace POTS couplers with something that’s reliable, and that sounds great.

*A note on “interruptible foldback” –

”Wait,” you may be thinking, “I thought IFB stood for something else!”

So what are my options for replacing my station’s POTS equipment? 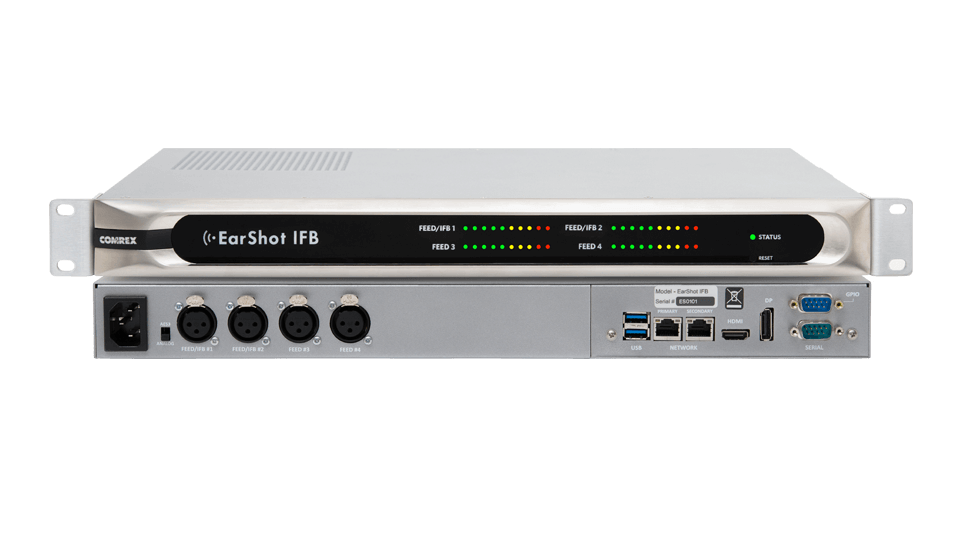 EarShot IFB is a hardware based system that delivers live audio to talent in the field or show producers anywhere. Up to 30 callers can dial in and listen to the feed, making it possible to replace up to 30 POTS couplers with just one box.

Originally designed to provide studio feed and IFB audio for remote broadcasts like ENG reports, EarShot IFB can be used for any application that requires a live listen-in audio feed.

For those who prefer to use a phone hybrid 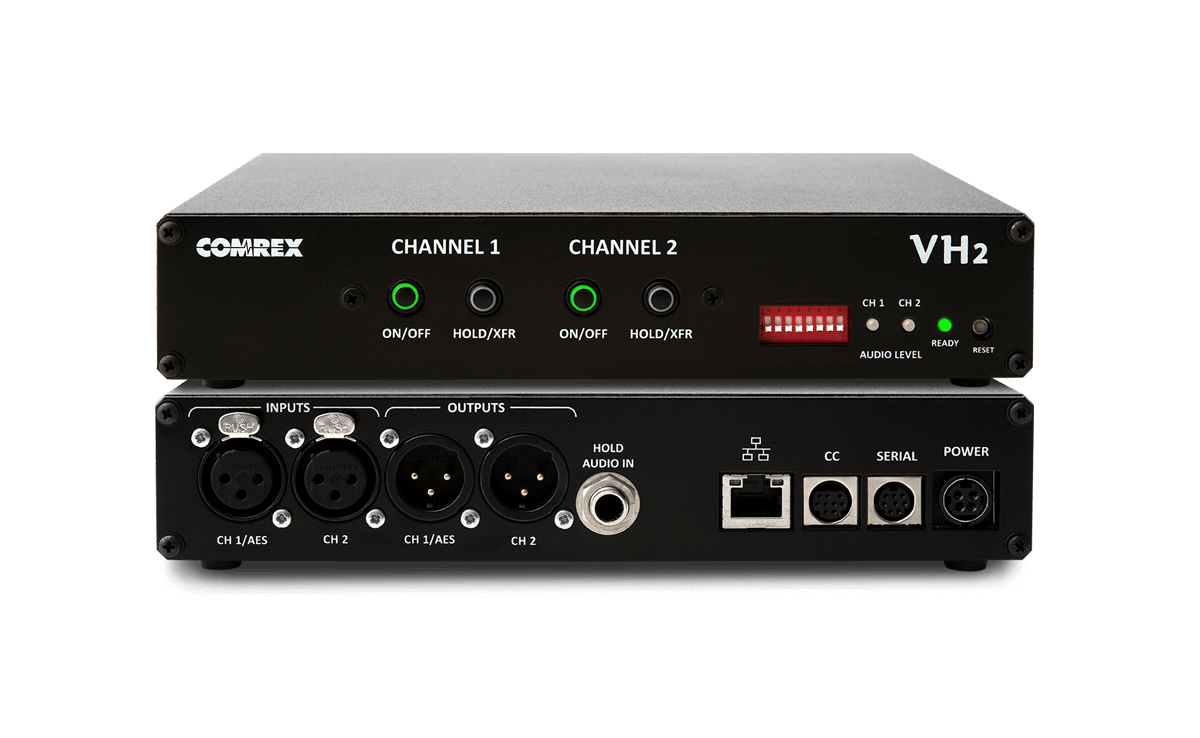 VH2 is our VoIP version of a classic two-line hybrid. Great for both individual broadcast and conferencing, VH2 can be configured to work within a variety of VoIP environments. It’s simple interface will feel familiar to many hybrid users, especially to those who already use Comrex analog digital hybrids.

For those who are looking to experiment 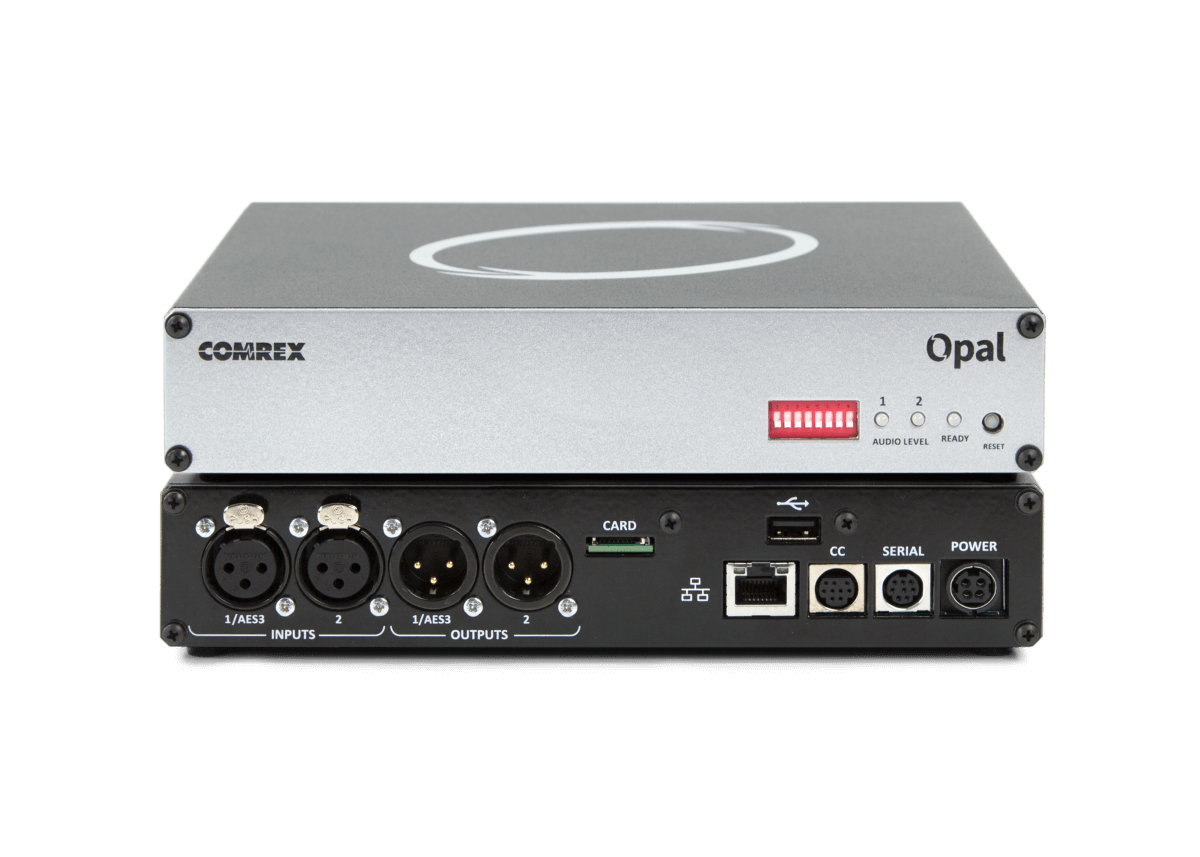 Opal is an IP audio gateway that uses the Opus codec to connect callers to a studio with a common web browser, bypassing VoIP service altogether. While it’s most frequently used for guest interviews and drop-ins, it’s found a market with hybrid users who need a higher audio quality.

For those needing a flexible solution that can do double-duty 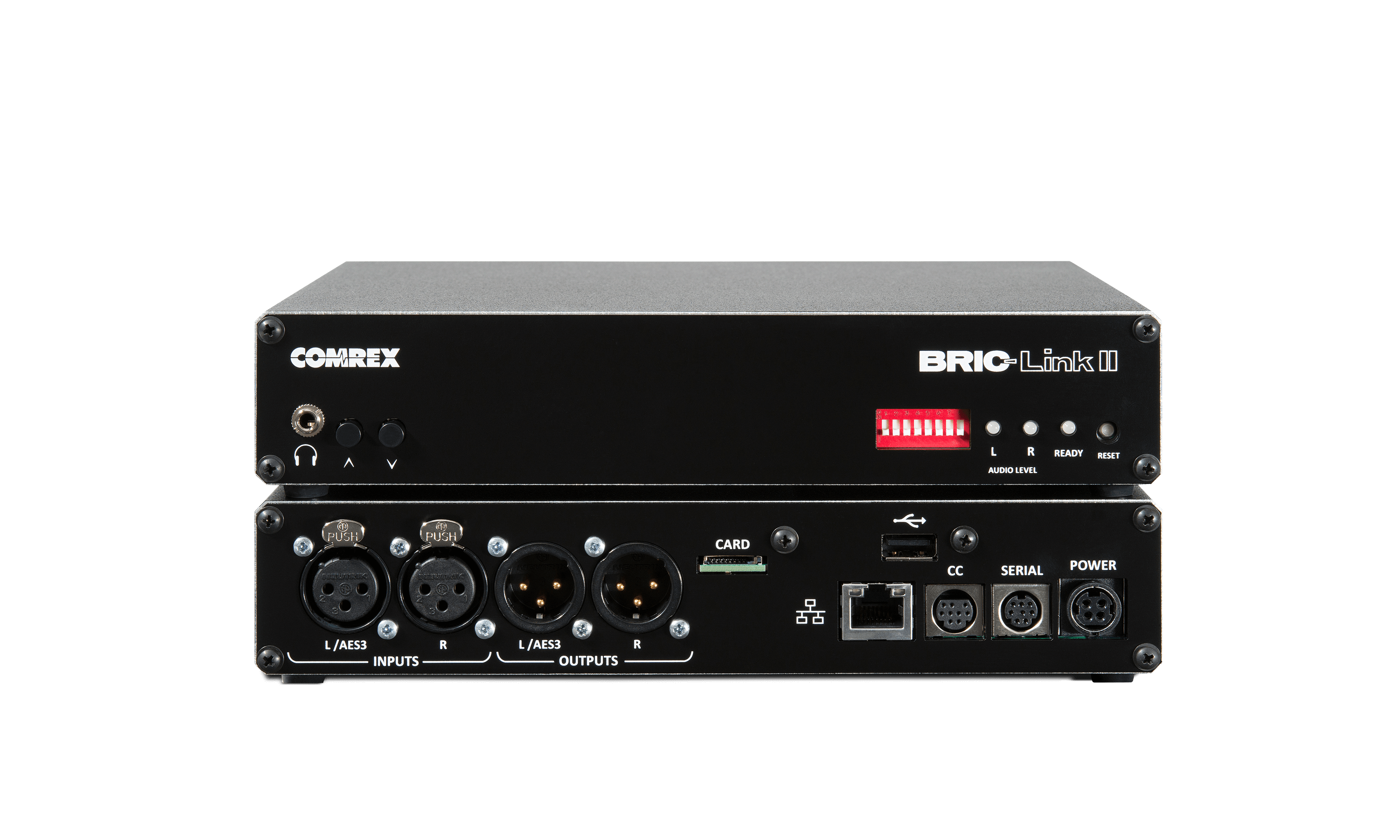 BRIC-Link II is our staple IP audio codec, originally designed for live full-duplex connections. It’s popular as an STL and for remote broadcasts, but some BRIC-Link II owners have also used it for duplex IFB and/or providing audio backhaul.

A note on finding the right solution, getting the gear, and setting yourself up for success –

Not sure which product is right for you? Our sales team would be happy to help!

Please note that Comrex does not sell direct. To request a quote and purchase gear, contact an authorized Comrex audio dealer or video dealer.

We do drop ship from our facility in Massachusetts, and our products are almost always in stock. To confirm availability or inquire about MSRP, please contact our office.

We HIGHLY encourage taking a look at our document on VoIP Compatibility prior to purchasing VH2 or EarShot IFB, which includes a list of VoIP providers and PBXs that have been tested for compatibility with our products.

Please contact our tech support team with any additional questions regarding VoIP compatible.

Wondering how these solutions really work in the field? Check out these testimonials from real Comrex users:

KSTP-TV Gets IFB From Anywhere With EarShot IFB

5 Eyewitness News on KSTP-TV is a live program that covers breaking news and local events across the Minneapolis and St. Paul area. For years, they had been using a traditional IFB system, but were running into situations where they had more people in the field than receivers, meaning it was impossible for them all to call into the IFB feed.

“We wanted a way to have multiple people dial into the same IFB source from their phone, so that all the members of our team can share a common IFB. EarShot IFB appealed to us because it can handle up to 30 standard telephone calls, or 10 wideband calls, meaning that up to 30 users could call in and listen to a single IFB feed. It has the ability to eliminate the need for IFB receivers and truck-generated IFB. EarShot IFB can let us access the IFB from our phones, which streamlines our process in the field.”

“We had a pair of BRIC-Link II IP audio codecs—one was set up in the press box at Wilkins Stadium and the other was at the Koch Arena control room. One channel was used as a send-and-receive for the director IFB, so the director could talk into the talent’s ear while they were on the air and it wouldn’t go out over the broadcast. During breaks, all we had to do was press a button (cough/mute) and the talent could talk back to the director in real time from the press box.”

Wild Alaska Live was a three-day production that documented the great summer migration of animals like bears, wolves, and eagles to food-rich areas in the Alaskan wilds. A production of BBC Earth for PBS, Wild Alaska was broadcast from several points deep in the wilderness. It was impossible to get a POTS line, but because of recent initiatives to bring internet-via-satellite to the entire state, the PBS team was able to access the internet with their satellite trucks.

“We normally use dial-up couplers to establish the connection between the intercom system in the remote truck and the studio. That’s worked well for us in the past, but POTS lines often have artifacts, which are annoying at best. The BRIC-Link connection was completely silent.

We only needed the left channel, so we were able to use the other channel to feed captioning audio back to the field. Because we could send our captioning audio in real time, it gave our field team a nice clean audio feed that could be distributed to both the talent and to the engineers in the truck.”

Switching from POTS to IP

Since 2007, we’ve been helping broadcasters implement IP audio technology into their studios. We’ve not only got a great deal of experience in IP, we can also help you understand the terrain.

Contact us today to learn what we can do for you.