BCTV provides a variety of programming on its local cable access channels and live webstream that ranges from traditional public access content created by the community to local content from our studio in Burnsville High School—shot as single camera on-location coverage and via our mobile television truck. High school sports, concerts, parades and other community events produced from the truck make up a majority of our programs.

In 2014, BCTV sought a solution to cablecast our programming live to our channels and webstream from any location. After several trials with other equipment, we came to the conclusion that Comrex’s LiveShot offered the functionality we needed at a price that worked within our budget. 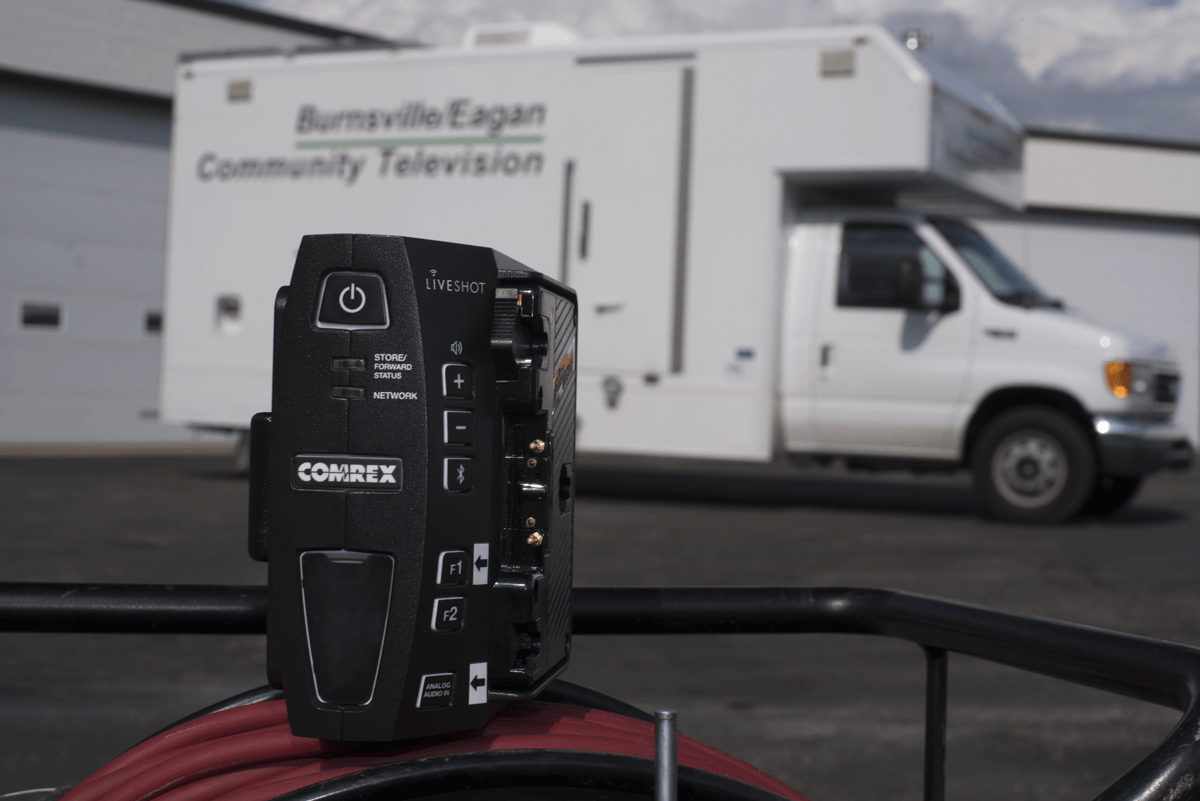 We were particularly impressed that the LiveShot allowed us to choose which modems we wanted to purchase directly from the mobile carriers. Being a government entity, we have a great deal on wireless data with Verizon and AT&T, and we wanted to take advantage of those government contracts.

Before LiveShot, we did have a handful of locations that allowed us to provide live coverage. However, LiveShot, has allowed us to cover many of the sporting events—like swim meets and softball games—that are of interest to our viewers and typically don’t have a live connection. We are also now able to cover away games live, which we were never able to do before.

LiveShot is used most often from our mobile production truck. Although it’s designed to be convenient for reporters/photographers on single camera shoots—connecting directly to the back of a camera—we use it to send the switched program feed from our television truck back to our head end at City Hall.

The ability to have return video is also valuable. Because we’re a small operation, we typically don’t have a person at master control watching the signal. Having a return feed allows us to monitor our output, and ensures we know exactly what is happening on the channels.

We have also utilized the LiveShot Control App. It’s been very beneficial for us to be able to adjust all of the LiveShot settings from a smartphone. On multiple occasions, I’ve been in the office while a crew is covering an event in the field. The app allows me to remotely monitor things such as signal strength and other statistics, and allows me to advise the field crew accordingly. It’s so useful to have real-time data.

LiveShot has opened a whole host of possibilities for coverage. We are now able to do shoots from 50, 100 miles away, or even across the country if we wanted. We probably wouldn’t drive our truck all that way, but it’s cool to know that it’s an option.

Being able to go live and change the parameters in real time as the production is happening is an exciting use of technology. Being a small public, education and government television operation, it’s empowering to have that type access and capability.

This article is a repost from TV Technology. To view the original piece, click here.

Jay Golden is a television production specialist at BCTV 14.