Sean McDonald is the Director of Neumann Media for Neumann University in Pennsylvania. “I’m in charge of radio education. Our station is an LPFM (98.5 WNUW-LP), and we work from a large communications facility (John J. Mullen Communication Center) that recently was expanded to include 3 new radio studios and 2 editing suites.”

“We try to provide our students with an experience that closely resembles what they’d find in a professional environment,” said Sean.

Sean teaches basic and advanced radio courses at Neumann. “For my advanced course, I run it as though my students were working at a real radio station,” said Sean. “They have daily things that they have to do that you would emulate in a big commercial station.”

One of the things students need to do is successfully execute a remote using the Comrex ACCESS Portable. “They come up with content, do interviews, work with a board op – you know, all the parts that go into a remote.”

On the day of the remote, each student has 20 minutes to get the remote set up, and a 90 minute class in which to complete the segment. “Before this round, the students practiced beforehand to try stuff out. After their practice session, I reminded them to plug the ACCESS unit in when they came back to our building.”

But unfortunately, they forgot.

“We did the remote in September, which was Suicide Prevention Month – there was as bunch of stuff happening outside,” said Sean. “People were signing a pledge wall, there was someone registering people to vote – a lot of stuff for our students to cover in their broadcasts. They’re in the middle of an interview, when suddenly the ACCESS dies.” The battery had run out. 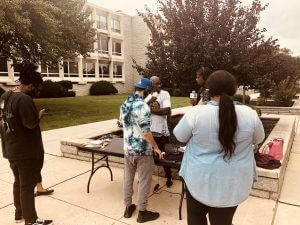 Neumann students in the field

“So I asked them – how are you gonna end this broadcast?” said Sean. “They looked at me and said “well, we could run power”.” But all the outlets outside are not energized, unless there’s an event that requires them to be on. The students were starting to panic.

“After a while, I decided they’d suffered enough,” said Sean. “I pulled out my phone and we called in with FieldTap. I put one of them on the air and they managed to finish the broadcast.” 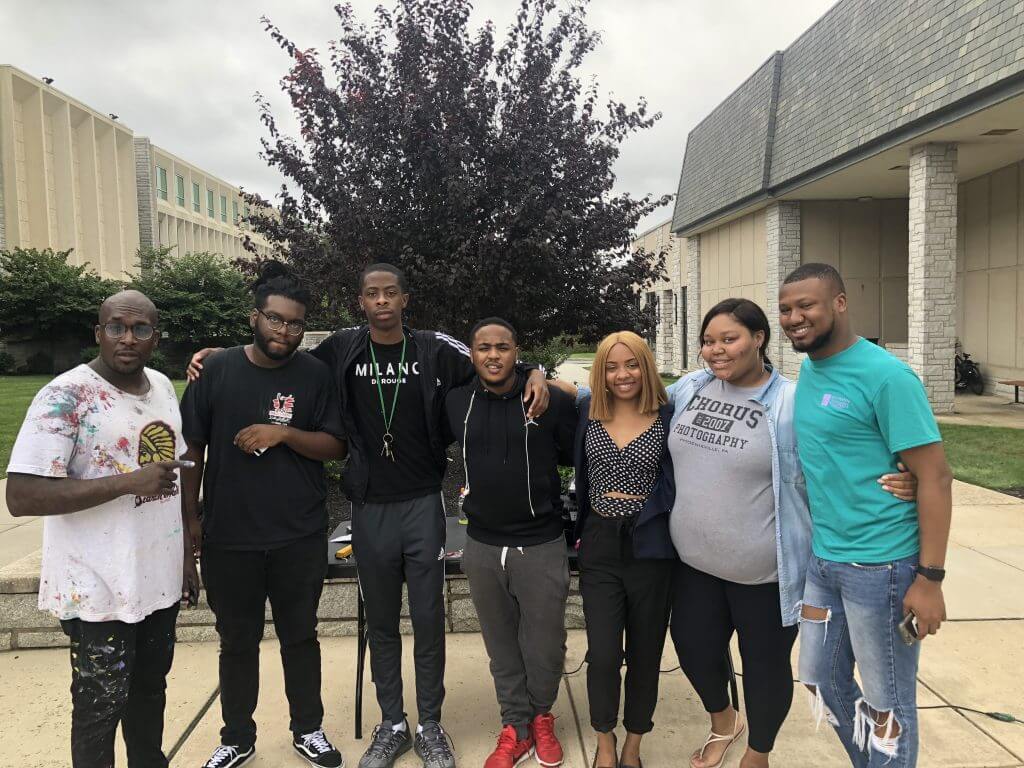 Neumann students after a successful broadcast

FieldTap is an easy-to-use cellphone app that allows users to call into Comrex IP audio codecs. “It worked great,” said Sean. “We had previously been using an older SIP app a while ago, so everything was already configured on the SIP line. Once I put my username and password into FieldTap, it was just plug and play.”

“Explaining FieldTap to my students was really easy,” said Sean. “I just took my phone out and said “Do you see this app? Hit connect.” And that was it.”

“While it obviously would have been better to have a fully charged ACCESS, they were lucky to have FieldTap to save the day,” said Sean. “This was a good way for them to learn that you need to check every detail, and always have a back-up plan.”

Learn more about the FieldTap app!