BLAINE, MN. — North Metro Television is the community access television station serving Blaine, MN and the surrounding suburbs. In addition to providing a platform for locally produced content on our community channel, we run a separate channel for broadcasting local sports, news and government coverage. 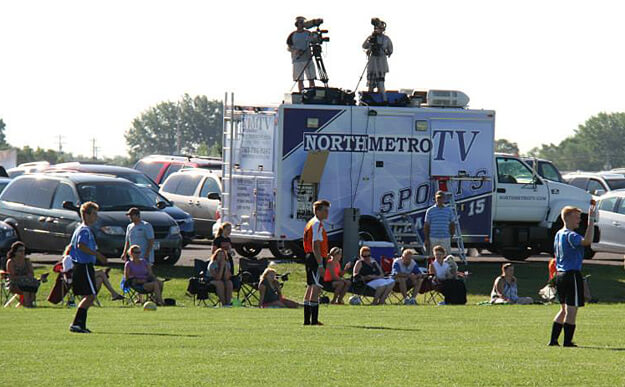 Before adopting Comrex LiveShot, we were not able to broadcast live sports. We had been recording games and airing them a few hours after the fact. But we knew the importance of providing our audience with live coverage, especially with sports. If you already know what happens, there’s no reason to watch. We needed a solution that would allow us to stream live from any location, while providing consistently high picture quality and very low delay.

I was initially impressed by the quality of Comrex LiveShot’s visuals, but it was the low delay that impressed me the most. Over an AT&T cellular network, using an antenna, we can usually expect about a half-second delay.

LiveShot has worked well for us during live events. We used it for our November 2014 election coverage and found the built-in IFB very useful. I was able to communicate from the studio directly with the cameraman and the talent in the field without using a cellphone or any additional hardware.

Aside from going HD, being able to put our channel live on the air from any location is probably the biggest thing to happen here in quite a while. This summer we’re planning to broadcast from important local events like parades that we’ve never been able to provide before.

This story was originally published in TV Technology.

Matt Waldron is the sports producer for North Metro Television.